The History and Evolution of Divorce Laws in the United States

The process to file for divorce today, with help from a family lawyer in Las Vegas, is much easier than it was in Colonial times. For a long period of time, divorce was largely frowned upon and even forbidden, unless there were very extreme circumstances.

Divorce in Colonial Times and the 17th Century

Many colonies created judicial tribunals, which consisted of one or more judges, magistrates, and others empowered to hear divorce cases and make rulings. One of the first tribunals was created in Massachusetts in 1629. Adultery was one of the main reasons a divorce was granted. The only other cases where tribunals would consider divorce was in cases of impotence, where the wife was unable to bear children. In addition, the costs for divorce were expensive, so divorce was largely reserved for the rich.

Since women, at this time, did not have many rights, they had to prove to the tribunal their husband had committed adultery, as well as provide substantial evidence. On the other hand, the tribunals were more lenient toward men. If the tribunal granted a divorce, there was no division of property or financial support enforced. Basically, the wife was left without anything, and children typically remained with their father.

As a result, many women would remain in unhappy marriages simply because they were afraid of being poor or losing their children. Further, divorced women were a stigma within their communities, often forcing them to move to another state or town, if they ever hoped of getting remarried. Rather than getting divorced, many couples would remain married but would live apart from one another.

Divorce in the 18th and 19th Centuries

After becoming its own country, divorce laws were changed. No longer did tribunals hear cases, but the power to grant divorce was transferred to a judge and heard in the primary court system. In 1848, the Married Women’s Property Acts were passed, making it easier for women to claim property and other marital assets. However, it was not until 1937 that the laws were changed allowing for divorce in cases where bigamy, desertion, insanity, and drunkenness were able to be proved.

Divorce in the 20th Century

Drastic changes to divorce laws were put on hold thanks to both World Wars. It was not until the 1950s that changes were made, with the creation of the family court system, moving divorce from traditional court systems to one dedicated to divorce and family law matters. In addition, the new system allowed for cases to be mediated outside of courts, allowing divorcing couples to come to divorce agreements, and then present those to the judge for approval. It was also during this time that law firms specializing in divorce started appearing throughout the country in major cities, like Las Vegas, New York, and Los Angeles.

One of the biggest changes was the creation of No Fault Divorces by the states. Former President Ronald Reagan, who was governor of California in 1969, was the first governor to help create and sign this new type of divorce into law. Shortly thereafter other states followed suit. People could now get divorced for just about any reason, or if they simply no longer wanted to be married.

Other modifications included changes to child custody, visitation, and support, since many courts, prior to this time, failed to enforce these items. Before these revisions, one parent could simply stop paying support. Additionally, if one parent decided to take the minor children and move away, there was little the other could do to stop the move.

Divorce in the 21st Century

While divorce laws have changed over the years, divorce is still a sensitive and often emotional process. There are new laws being passed to address various aspects and areas to ensure both parties receive a fair divorce. If you need assistance with filing for a divorce, or have further questions, please feel free to contact McFarling Law Group in Law Vegas today at 702 766 6671. 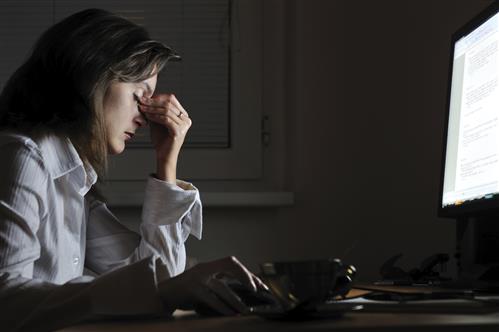