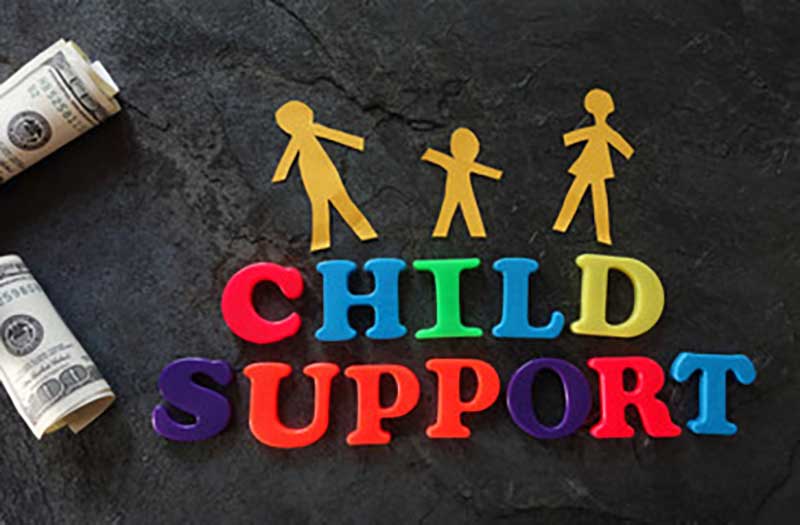 Noted child support expert Curtis “50 Cent” Jackson once lyrically opined, “Have a baby by me, baby, be a millionaire.”

For a long time in Nevada, that advice did not hold.  Child support was capped at a presumptive maximum amount of under $1,200 per month per child, no matter how rich you were. For example, if you earn $12 million per year in California, the child support guidelines would recommend you pay $56,921 per month in child support (over $683k per year), whereas the Nevada guidelines would suggest that person should have paid $1,165 per month (under $14k per year).  Good luck becoming a millionaire on $14k per year.

The new child support laws can be found in detail in Nevada Administration Code Chapter 425 (https://www.leg.state.nv.us/NAC/NAC-425.html).  I won’t bore you with the details – I’d rather bore you with CHARTS, MATH, WINNERS and LOSERS.

WINNER: People who have a baby with rich people 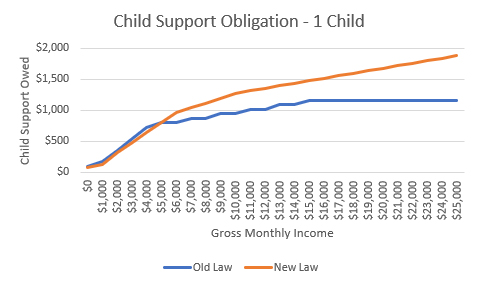 In the previous example of the $12 million per year earner, their child support would now be $40,880 per month (over $490k per year).  Unfortunately, per Forbes Magazine, 50 Cent’s net worth took a dramatic drop from $150 million to $30 million recently, so having 50 Cent’s baby might still not make you a millionaire, but you’d have more than Just A Lil Bit of money to spend at the Candy Shop or In Da Club, and you would no longer have to be a Window Shopper.

I’ll be Patiently Waiting for you to wrap your head around that sentence.

LOSER: People who have lots of babies with people who aren’t rich 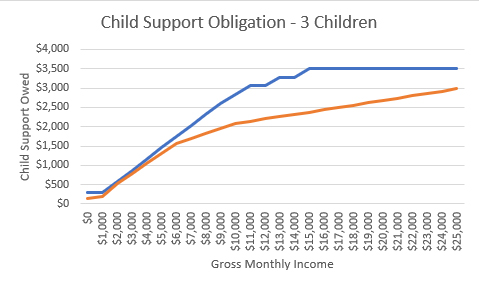 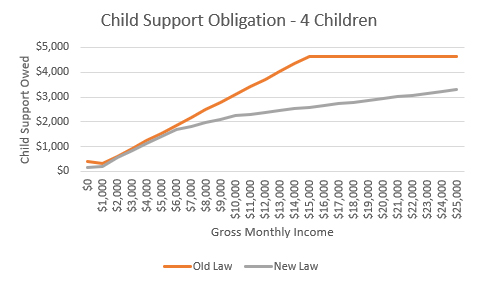 This odd development is not so much of a flaw in the new law as it is a conceptual issue with the old law.  Previously, the caps applied per child, so once you had enough children, the payor was no longer capped and paid the full percentage of their income for support, whereas with less children they were not paying nearly the full percentage.

This makes some sense as there is a decrease in marginal costs of each child – Forbes estimates a first child costs 27% of an average family’s budget, but once there is a second child this only increases to 41%.   As such, simply doubling the amount paid from one child to two does not properly capture the economic realities of raising children.

In the example of a parent with four children who has primary custody of all of the children, where the other parent earns $10,000 per month, under the new law their child support would be cut from $3,100 per month to $2,220 per month, a loss of over $10,000 per year.

I was tempted to call this section: LOSER: Consistent Math, but it still is better than the old law as far as that is concerned.

Under the new law, there is almost no financial disincentive for rich people to have a third child with the same partner.  Why is that?  I’ll assume a widespread fear of decimals.

For anyone who is not scared of #s, the pattern here should be pretty obvious – the # for the next $4k is half of that of the first $6k, and the percentage for over $10k is half that of the next $4k – with two notable exceptions.

For two children, the amount over $10k per month should be 5.5%, and the amount for three children should be 6.5%.

It appears that the legislature did not think attorneys and litigants were capable of dealing with fractions, except on the rare chance there were 5 or more children at issue, in which case it was an emergency and decimals could be tolerated.  I do not necessarily wrong them for that belief – Statistics For Lawyers in law school was probably the easiest math class I have taken since elementary school, but do they really think anyone is doing anything but plugging the incomes into calculators anyway?

From a practical standpoint, this means that pursuant to these guidelines, a payor will never be obligated to pay more than $320 more per month for three kids than they would for two, even if they make $1 billion per month.

So why not go out and have that third kid and see if they might be the one to some day take over your business empire.  What’s the downside?  (NOTE: I am not legally responsible for any excess child support you owe in the future if they change the law and you claim you had children based on my advice – sorry rich person)

In order to have child support recalculated, 1 of 2 things must occur:

This means that basically any case in which child support was determined at least 3 years ago is subject to review and consideration under the new guidelines.

So if you have a custody order that’s at least 3 years old, it may behoove you to set up a free consultation to talk to an experienced family law attorney, such as those at McFarling Law Group, (702) 565-4335, about how the new law impacts you and whether it would be worth pursuing a change in your child support order.