The 12 Days of Divorce 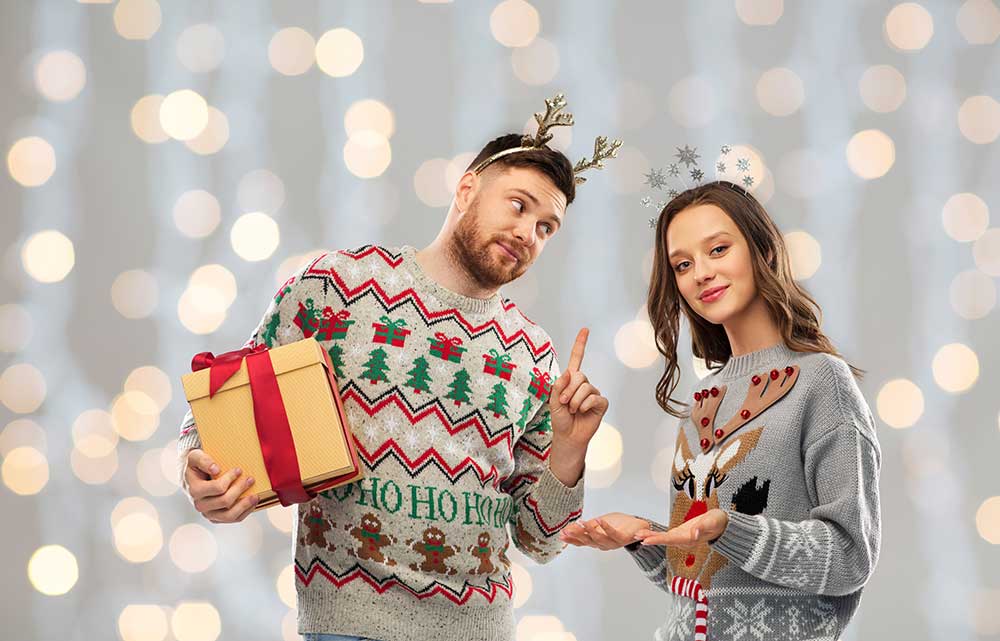 Everyone knows the song – on the Nth day of Christmas my true love gave to me, N Xs, wherein N is the day of Christmas and X is whatever the gift of the day is.  Yeah, I can even turn songs into math.

This is more of a bonus blog post more so than an “I will teach you something super important about something RIGHT NOW” type of blog.  There are some tidbits relevant to Nevada divorce here & there, but it’s mostly just for fun since apparently I wasn’t allowed to just rebrand my “Thankful for Divorce” article as a “Gift of Divorce” article.

If you’re reading my divorce blog, you might not have a true love, so let’s divorce up the festivities, shall we?

The traditional first day of Christmas gift is a partridge in a pear tree.  A partridge, as you know, is a non-migratory bird native to Europe, Asia and Africa, that is smaller than a pheasant but larger than a quail.  Partridges mostly hang out on the ground & aren’t into trees. So where does the pear tree come in? Probably from the French term “une perdrix” which actually means “a partridge”.

So what started out as just a partridge, became a partridge outside of its natural habitat, making itself uncomfortable for convention’s sake, and going out on a veritable limb.  Sounds like a recipe for disaster (most partridge recipes recommend cooking the partridge in liquid so it does not dry out – the more you know).

That’s how marriage can work, too.  One solitary person becomes two when a relationship blossoms, but sometimes those people turn out to be like oil and water – or like partridge and pear tree.

What’s next?  Two turtle doves.  The turtle dove has long been a symbol of love & sorrow due to their devoted bond to each other, & sad appearance & sound.  If they’re so in love, why are they sooooo sad? I’ll have to assume that maybe they just aren’t compatible. In Renaissance Europe, the turtle dove was said to be a devoted partner to the Phoenix…you know, the mythical fire bird that rises from the ashes.  Maybe the bird in hand can become stale when compared to the imaginary bird of one’s dreams.

Three French hens.  Unless you’re into the thruple lifestyle, three may be a crowd.  The French Hen is a female faverolle. Faverolle have been bred in France since the 1860s.  According to statistics, between 45 & 50% of married women cheat, and between 50 & 60% of married men cheat.  However, other studies show that in the 70s, 29% of divorces were caused by infidelity, compared to 15% today.  Whereas “unreasonable behavior” went from accounting for 28% of divorces in the 70s to 47% today. Is infidelity simply another type of unreasonable behavior?

Four calling birds.  For some singles, day #4 is also known as “Tuesday”.  Presumably you’ve given up the auspices of your player ways for marriage.  Which is good, because this line was originally “four colly birds”. No one knew wtf colly is so they just decided the birds should be calling.  For the record, colly apparently means the birds were as black as coal. Miscommunication can be a big problem, both in marriage, and in passing along a song from generation to generation.

Fiiiiiiiiiiiiiiiiiiiiiive gooooooooooooooooooold riiiiiiiiiiiiiiiiiiiings.  Marriage usually starts with a ring & the promise of forever (although 5 seems excessive, but hey, to each their own).  This line has been changed in North America in most instances from 5 gold rings to 5 golden rings for easier singing. Plus, this way I guess the rings can just be gold-colored and don’t even need to be made of gold.  Getting off cheap. There is now a British gameshow named 5 Gold Rings, which seems silly since it’s about ring-shaped things & not love or Christmas.

Did you know that in Nevada, an engagement ring is presumed to be a conditional gift, meaning that once you are married it is a gift to your partner, but if no marriage happens, you can probably get it back?

The six geese a-laying brings about thoughts of the miracles of childbirth – and the perils of being around six pregnant women at once.  Seriously, how are you supposed to find 6 geese who are all going to be laying eggs on the 6th day of Christmas?  Yikes.

Children can bring a strong couple closer together or tear a fragile couple apart.  Nothing brings out someone’s true colors like giving up sleep for years at a time.

Swans a-swimming…it’s a weird way to word it, but it makes sense.  Sure, you better have a pond or something for the swans, as bathtub swans can be a pain, & they might be annoying to transport, but at least it’s easier than the geese a-laying?

Don’t fall into the trap of settling for only kinda bad because it’s preferable to awful, though.

During a marriage, you can spend your money how you see fit, but after the marriage is over, you probably don’t want to keep giving up the milk.  That’s why a premarital agreement can be a lifesaver. Be a sugar daddy or sugar mama on your own terms.

& if you failed to get a prenup, it’s not too late – we also do postnups.  That won’t help with alimony, but it is what it is.

According to a 2012 study, there are 30 strip clubs and 12,000 registered dancers in Las Vegas. Who green-lighted this study?  Anyway, day 9 is about 9 ladies dancing.

T-Pain is in love with a stripper, but if the love of your life isn’t one, spending too much time at the strip club spending community funds can be a problem for many relationships.

Also, one spouse spending a ton of money at strip clubs behind the other spouse’s back can be considered marital waste in Nevada, and you may be paying for that twice in an unfavorable divorce settlement.

One husband recently got caught going to strip clubs because he would GPS the locations, and he and his wife shared a Google account, so all of a sudden strip clubs were prevalent in their favorite places.  That was a difficult one to explain.

10 lords a-leaping?  I’m not sure how much the Chippendales jump around, but that could work.  Strip clubs aren’t the only type of club prevalent in Las Vegas. Many of the hottest night clubs in the world are right on the Las Vegas Strip.  People come from all over the world to get dressed up, listen to pulsating music, and spend a ton of money on drinks, and people don’t always end up going home alone.

That’s fine if they are consenting single adults, but can cause problems for married people.

11 pipers piping?  There are a lot more than that since the legalization of marijuana in Nevada.  Many people think legalization gives them carte blanche to be as high as they want to, but many family court judges disagree and will still look to the impairment of the parent when making decisions on custody.  One should definitely consult an experienced family law attorney regarding marijuana consumption in a custody dispute regarding safeguards and possible outcomes.

The whole thing ends with 12 drummers drumming.  Well, they’re drummers, what else would they be doing?  Can you spot the hidden 12th drummer in this picture?

Happy holidays.  Enjoy the season whether you’re searching for the gift of happiness with your true love, or the gift of freedom from an evil succubus.