What Are the Differences between Physical Custody and Legal Custody?

Divorce can be a complicated process, especially when there are children involved. Most people know the term “custody” as it applies to family law, but many do not fully understand that there are two different types of custody, physical custody and legal custody, that must be determined during a divorce proceeding. Both types of custody are usually dealt with at the same time, and understanding what each of them mean is crucial to making it through the divorce process.

The two different types of custody agreements can be summed up like this:

In other words, legal custody is the right of a parent to have a say in regards to the life and welfare of their children. In most cases, legal custody will be given jointly to both parents regardless of how physical custody is assigned. It is very rare for a parent to be stripped of their legal custody, and usually only happens in cases of abuse or serious negligence on the part of one of the parents. Even then, there is a very high burden of proof that must be met for sole legal custody to be given, and many judges are extremely hesitant or even unwilling to strip one parent of their legal rights.

What You Should Expect in a Custody Battle

With both physical and legal custody, it is very rare for one parent to have custody of their children completely denied. Parents going into a divorce proceeding expecting to be given sole custody should modify their expectations. Courts are very hesitant to completely strip away parental rights. A parent going into a courtroom and demanding sole physical or legal custody is not only likely to end up disappointed, but runs the risk of alienating or angering the judge with their demands.

Custody of children is always a sensitive subject, and it is understandable that one parent may believe that giving them sole care of a child is the best option. It is important to remember, however, that all parents have a legal right to visit and make decisions regarding their children, and unless an overwhelming case can be made that one parent should have all of their parental privileges stripped, both parents will have to eventually agree to share both legal and physical custody with each other. 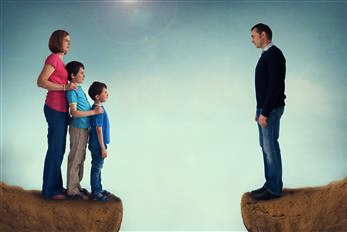