Who Can Get Their Marriage Annulled in Nevada?

Nevada has a reputation for being a place where quick and easy marriages happen. As a result, it’s also the place with the highest marriage annulment rate in the U.S. An annulment is a family law procedure similar to a divorce, in that it dissolves a marriage agreement. Unlike a divorce, however, an annulment retroactively makes it so that the marriage never legally existed, whereas a divorce ends an existing marriage as of a certain date. After an annulment, it is as if a marriage never existed, the two parties have no further obligation to each other, and assets are divided up as they were before the marriage began. While anyone can get a divorce, getting a marriage annulled requires that certain additional criteria be met.

What Are the Criteria for Annulment?

According to Nevada law, a marriage can only be annulled if:

In addition, an annulment can only be filed in Nevada if one or both of the spouses has lived in the state for at least six weeks, or the marriage took place within state lines.

In order to obtain an annulment, one of the parties must file a complaint for annulment and have the other party served. After both parties have been legally notified, a court case is held to determine whether or not the marriage meets the criteria for annulment. Both parties will likely be called to testify and give evidence as to why the marriage should be retroactively invalidated, after which a judge will issue a decision as to whether or not an annulment should be granted. If the court finds that a marriage qualifies for being annulled, a judge will issue a Decree of Annulment, which officially makes it so the marriage never legally existed.

If one of the parties does not respond to the complaint, an annulment can still be granted if the criteria are met. 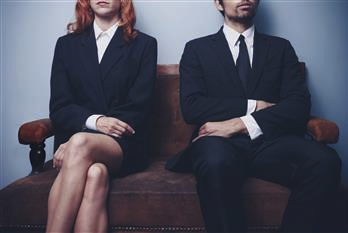