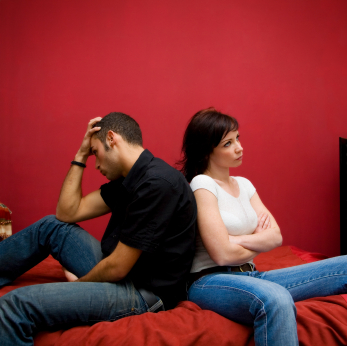 The world of marriage for young couples today is significantly different than it was a generation ago, when their parents were tying the knot and starting to have kids. Perhaps most significantly, fewer people today between the ages of 25 and 34 have ever been married, and those who do marry generally marry later in life than couples did in previous decades.

Despite this decline in overall marriage numbers, there are still a significant number of young married couples and unmarried couples who have expressed a desire to marry. As with marriages in all age groups, however, the divorce rate among young couples is still somewhere around 50%.

According to the Pew Research Center, the number of people (male and female) age 25 and older today who have never been married is significantly higher than it was in the 1960s:

While the number of people who believe that couples who intend to spend their lives together should marry is still high, it is still considered more acceptable today for unmarried couples to cohabitate (nearly 25% of never-married adults between the ages of 25 and 34 live with a partner). That said, the increase in unmarried young people is due to more than just changes in societal attitudes toward matrimony. Many young couples are choosing not to get married or postponing their weddings out of concern for their financial stability, and because of the costs associated with holding a wedding.

Another reason that young couples may be waiting to marry is because marriages that come later in life are more likely to last. While the commonly cited statistic puts the number of marriages that end in divorce in the U.S. at 50%, the number is probably closer to 45%.For couples that marry between the ages of 20 and 25, however, the number of marriages that end in divorce increases to around 60%.Among young couples who do get divorced, the most commonly cited reasons for the failure of the marriage are money, inability to communicate, lack of commitment from one or both spouses, and physical or emotional abuse.

For more information on marriage and divorce, contact the Las Vegas family law attorneys at the McFarling Law Group today at 702 766 6671.