How to Decide between Legal Separation and Divorce

When a married couple decides to end their relationship, not all of them choose divorce. Instead, some couples opt for an agreement of legal separation. While similar to a divorce, legal separation is a different kind of arrangement which can be the functional end of a marriage, or a prelude to an official divorce. To help people learn more about the differences between the two before consulting with one of our Las Vegas divorce lawyers, we’ve put together this quick guide to legal separation, how it works, and what it entails.

What Is Legal Separation?

A legal separation is a court order-enforced agreement between two married parties that details the dividing of assets, handling of liabilities, and other joint legal and financial matters after said parties have decided to stop living together. If the couple has children, a legal separation agreement will likely also include provisions detailing each party’s responsibilities in regards to childcare, visitation, and financial obligation toward their children.

If this sounds very similar to a divorce, that’s because it is. Unlike a divorce order, however, a legal separation does not permanently end the marriage relationship between the two parties. Instead, it provides a legally enforceable framework for how a couple’s joint financial and parental responsibilities should be split between two parties who are no longer living together, without ending the legal marriage bond between them.

Aside from the peculiarities of state law, there are other reasons for choosing legal separation instead of divorce. Because legal separation does not permanently end a marriage, some couples try a period of legal separation so that they can stop living with each other while still holding out that their marriage may be reconciled.

Other reasons for choosing legal separation include:

Not sure whether divorce or legal separation is the best choice for your individual situation? The family law experts at McFarling Law Group can help. Call us today at 702 766 6671. 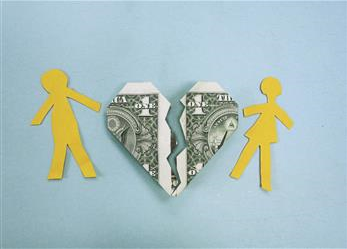