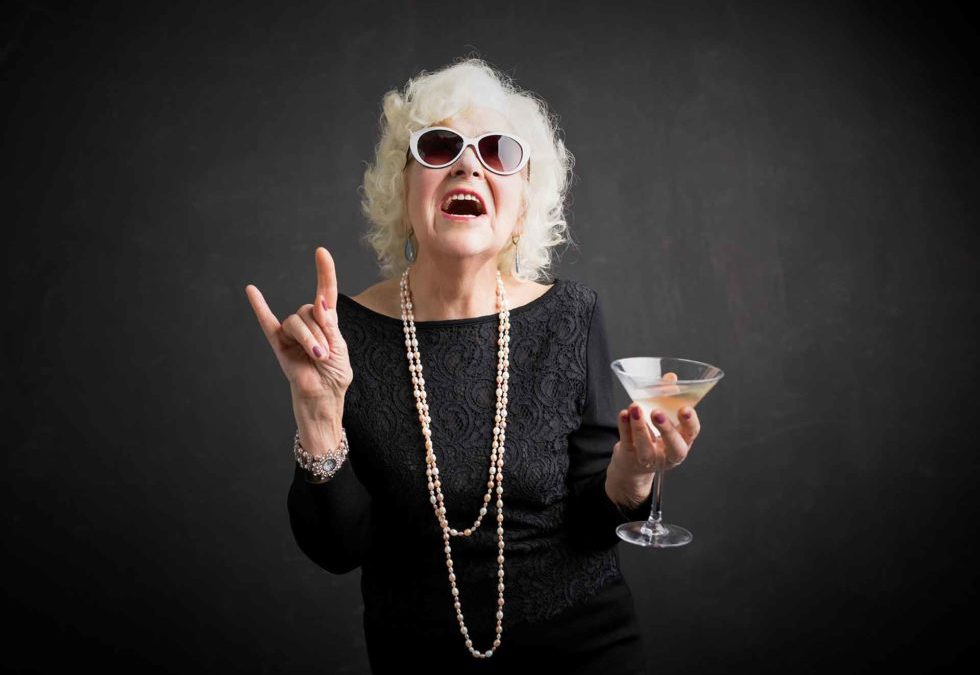 In honor of the Day of the Dead, let’s celebrate the survivors, and help them sort out their pension benefits and the survivor benefits bestowed upon the living upon the demise of the less living.

I like writing stuff that’s fun.  Fun to write & fun to read. Death in general is not a fun topic, and the subject of Survivor benefits for pensions is not fun either.  It is serious, and the vast majority of people seriously do not understand it. So this is a seriously serious article about a serious subject.  #DealWithIt

[note: This article is not just serious because I didn’t want to make a lot of Eye of the Tiger, snuffing out the flame, Destiny’s Child & zombie jokes.  Probably.] 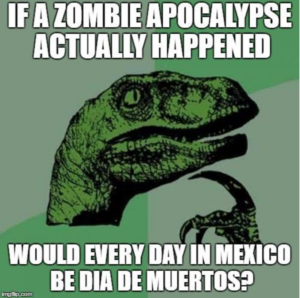 Many types of pensions, including PERS, allow for the option of taking a reduced monthly amount in return for being able to pass the benefits along to someone else once the member dies.  In many divorces, the pension is the most lucrative part of the divorce, but for some reason attorney’s pretty much always default to writing one sentence about them – and that sentence is almost always something to the effect of, “Pension will be divided pursuant to the time rule as laid out in Gemma and Fondi.”

Then why does everyone do it?  Because they do not know any better.  They put that sentence in and move on with their lives like they have somehow accomplished something.  Spoiler alert: they haven’t.

Most attorneys do not handle QDROs themselves, referring them out to Family Law Solutions or one of our esteemed competitors, and as such they do not necessarily realize how insufficient, albeit technically correct, what they have put in the decree is.

The time rule in Gemma (Gemma v. Gemma, 778 P.2d 429 (1989)) and Fondi (Fondi v. Fondi, 802 P.2d 1264 (1990)), stands for the principle that the community property portion of a pension is calculated by taking the total amount of time worked during the marriage, and dividing it by the total time worked.  That community property portion is divided equally between the parties, and is calculated as of retirement (or eligibility to retire under certain conditions), pursuant to the “wait and see” portion of those rulings.

But there’s a lot more that goes into drafting a QDRO than just that straight up math portion because there are a lot of other potential factors, including the aforementioned survivor benefits, cost of living adjustments, retirement options, and numerous other potential issues that can be unique to the individual plan.

That one sentence attorney’s love to use does not grant survivor benefits to the alternate payee (non-worker).  There is a case called Henson (Henson v. Henson, 130 Nev. Advance Opinion 39 (2014)) which says that if a decree does not say that survivor benefits are granted, they are not granted.  Period.

However, certain QDRO preparers almost always include survivor benefits in their QDROs anyway and hide behind the reasoning that they are merely the “scrivener” and just doing what their client told them to do, despite being fully aware of Henson.

And this works a remarkable amount of the time because people simply do not understand what they are entitled to, see a bunch of legal mumbo jumbo, and just sign off on it.

Courts will do this, too.  They are sent QDROs for approval prior to them being sent out to the plan administrator.  The court staff does not know what the plan administrator will approve. They do not have the time to learn all these nuances.  They simply check to see if they are properly executed, and sign off on them.

Attorneys and litigants both need to know this – if you want to get your client or yourself survivor benefits, you need to include it in the divorce decree.  If survivor benefits are not granted in the divorce decree, and you do not want your ex to get them, you should not sign off on a QDRO that allows them to have those benefits.  It’s that simple.

I once again apologize for the super serious nature of this blog.  I can only imagine the frivolity that Thanksgiving will bring.

In the meantime, enjoy your Day of the Dead, but don’t party too hard. 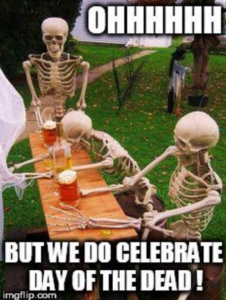