Claus v. Claus: The Messy Divorce of the Merry Couple 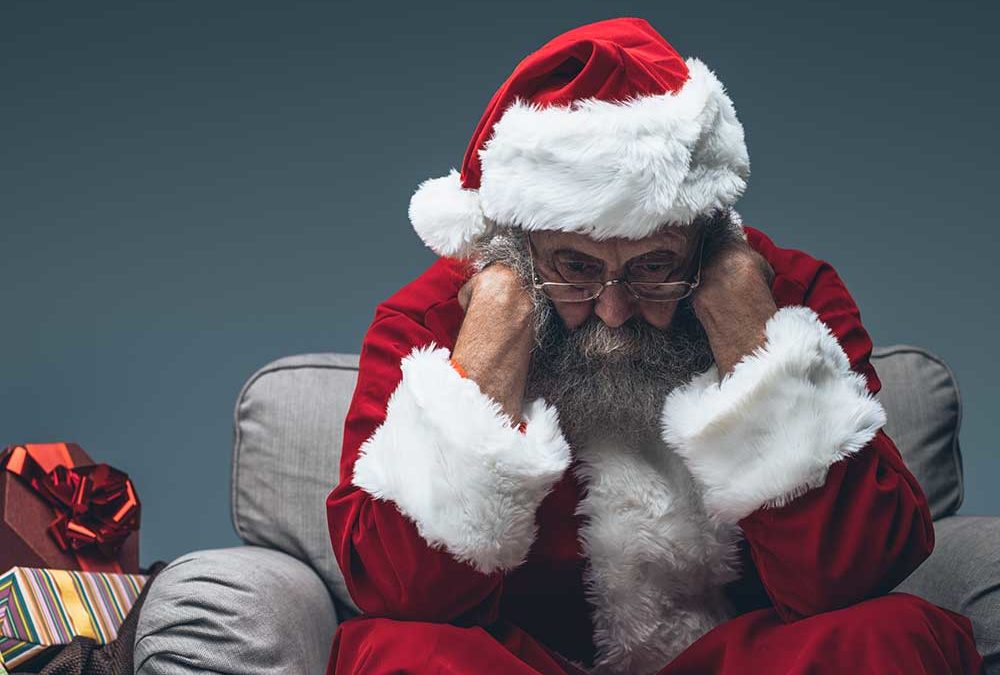 By Kimber Laux, Esq, with contributions by Josh Aronson, Esq.

Santa Claus (hereinafter “Kris,” “Santa,” “Mr. Claus,” “Mr. Kringle”) was born in 280 A.D. Before he met Mrs. Claus, Santa was a bachelor and entrepreneur living alone in the North Pole and cruising around in his 1655 convertible sleigh. He founded a start-up toy company in the workshop in his backyard in 1609. The U.S. caught wind of his business in 1773, and his toys gained popularity in 1820 after he discovered he could make more money by making celebrity appearances and posing for photos in shopping malls. That’s how he met Ms. Margaret “Mary” Christmas, who was working as a shoemaker in 1830 in New York City. Mary was smitten by Kris’s cherry nose and full, frost-colored beard.

Santa was a bachelor no more. Amid some criticism that the immortal pair were rushing things, Santa Claus and Mary Christmas married 29 years later in 1859. They saved up and bought a spacious chalet together 10 years later with an expanded outbuilding, and they continued to grow Santa’s toy business, purchasing flying reindeer and developing satellite operations into every country on Earth. At Mary’s insistence, Santa modified his 1655 convertible sleigh with additional seating and updated safety features to make it family-friendly. The couple gave birth to dozens of beautiful, unusually small, elvish children, who would eventually join the workforce in Santa’s workshop.

Unfortunately, 160 years later, the couple’s marriage soured. Although Nevada is a no-fault state and Mrs. Claus wasn’t required to provide a reason for divorcing Santa, she listed plenty in her Complaint. Mary grew tired of Santa’s yearly shenanigans, and of trying to take care of a workaholic husband addicted to sweets. After decades of coming second to Old St. Nick’s work and having to forego job opportunities other than baking and toy-making, the North Pole began to feel less and less like a postcard and more like a marital prison. Santa expressed little regard for his physical health or the longevity of his life with Mary, and she decided to sue the jolly man for divorce and relocate to sunny Las Vegas.

Having lived in Nevada for more than six weeks prior to filing her Complaint, and not having plans to leave, Mary has properly invoked the jurisdiction of the Family Division of the Eighth Judicial District Court.

Unlike the North Pole, Nevada is a community property state, which means that all assets and debts accrued during the marriage are presumed to be the property of both spouses equally. If you think joint accounts are a headache to divide, imagine divvying up the assets and accounts accrued during a 200-year marriage.

Contrary to popular belief, Santa’s Workshop is a for-profit toy-manufacturer which distributes toys and other gifts to holiday mainstays such as FAO Schwarz. (How else did you think Father Christmas stayed in business since the 16th century?) The Workshop, initially a small business hatched in 1520, is currently valued at $50 billion and has distributors and retailers world-wide. Because Mrs. Claus came on the scene in the mid-19th century, the size of her share of the company depends on whether its growth was due primarily to Nick’s capital investment, or whether the Workshop’s growth resulted from the couple’s community labor.

The presumption in Nevada is that rents, issues and profits from separate property are also separate property, so the burden is on Mrs. Claus to show that an increase is due to the labor and skills to rebut this presumption. It is likely that after hearing argument, the Court would determine that some of the increase in value is related to community efforts, but exactly how much will depend upon the assistance of expert testimony from a business valuator for each side.

Mrs. Claus will have less luck reaching Mr. Claus’s sleigh. Although Mr. Claus only has exclusive possession of the Sleigh for one day out of the year (Christmas Eve, for those who are not following), Mrs. Claus and Mr. Claus have used the car jointly to run errands and otherwise maintain the northern-most continent since they married. No matter, though, because Mr. Claus bought the 1655 convertible with his own money before the parties married. Thus, it’s his separate property and Mrs. Claus will only see the car again as she watches it fly overhead each December 24.

According to NRS 193.021, personal property includes “dogs and all domestic animals and birds.” For this reason, custody of the reindeer will be determined by community property laws and not pursuant to the best interests of the reindeer. In the interest of fairness, Mrs. Claus proposes that the reindeer be divided between the parties in alphabetical order: She will take Blitzen, Comet, Cupid, and Dancer; Santa will take Dasher, Donner, Prancer, and Vixen; and the parties will rotate custody of Rudolph on a yearly basis, with Mary having him in odd years and Santa taking him in even years.

Mrs. Claus is not unreasonable, however, and she realizes that Mr. Claus requires the deer for the continued operation of his business. She is willing to be bought out of her share of the reindeer for the value of the 1655 Sleigh.

Although she has grown to adore her vacation-style home in the desert, Mrs. Claus also makes claim to the marital home, with its frosted windows and red brick chimney. Because the parties upsized from Santa’s bachelor pad when they married in the late 15th century, the home they share is part of the community and she is entitled to one-half of its value.

Mrs. Claus has already moved out, so Santa can have exclusive possession during the divorce.

However, it is likely that the North Pole would retain jurisdiction over child-related matters unless Santa gave permission for Mrs. Claus to take the elves with her to Las Vegas, which seems unlikely. But hey, maybe he wants some privacy to pursue…whatever it is Santa pursues when he has privacy. (And it can’t be the least plausible thing in this article, can it?)

The Nevada legislature recently passed new child support guidelines that will go into effect on February 1, 2020.  Look for an entire blog soon discussing these changes in greater detail, but for purposes of this analysis, just be advised that assuming Santa makes $100 billion per year, and assuming Mrs. Claus makes $100,000 per year, and assuming they have 18 minor elf children, the following child support possibilities exist:

Of course, under the old law these amounts were subject to “deviations,” and under the new law these amounts are subject to “adjustments,” so it’s not set in stone that these would be the actual obligations, but it would definitely be in Santa’s best financial interest to either get primary custody of the elves, or to at least settle these matters prior to the new law’s taking effect.

Mrs. Claus will also be seeking spousal support. There’s no set formula used by the Court to calculate spousal support – only a series of factors for the court to consider in reaching a decision that it considers substantially fair.

Considering a 160-year marriage and the substantial disparity in income, Santa could be looking at a spousal support obligation of around $10 billion per month for about 76 years. Merry Christmas to Mary Christmas!