How to Relocate with Your Children after a Divorce

After their divorce is finalized, many of our Las Vegas divorce attorney clients consider relocating. Whether they are moving because of remarriage, a new job, to be closer to family, or just to be further away from their ex, moving to a new place after a divorce can be a healthy way to start moving on. When there are children involved, however, the process of relocating becomes much more complicated.

If you are a divorced parent with minor children who is considering relocating, there are several things you should keep in mind as you proceed.

The first issue that needs to be resolved before a divorced parent can relocate with their kids is the standing custody order. During a divorce proceeding, one of the things that is worked out is how custody of the children will be shared between parents. When the divorce order is finalized, the custody order that is agreed upon is finalized as part of the judgment. For it to be changed, the parents need to have a new custody order put in place, either by working it out themselves, through mediation; or by having a relocation hearing.

A relocation hearing can be brought about in two ways:

It goes without saying that many parents aren’t happy at the thought of their children moving a long distance away from them, and that an ex-partner might try to stop the relocation in order to keep the kids closer.

If two parents cannot come to an agreement about a new custody arrangement that allows one of them to move, the matter will go before a judge who will make the final decision. During a relocation hearing, the main thing that the judge will consider is whether or not moving is in the best interest of the child/children. The judge will consider whether moving creates a more stable environment for the children, provides better financial security, and improves the quality of their lives, and then will issue a ruling based on his or her findings in those matters.

Because the welfare of the children is the main issue during a relocation hearing, the parent who wishes to relocate should focus on proving that moving is the best option for the children. This includes showing how relocating will lead to greater financial stability, an emotionally healthier environment, more educational/financial opportunities, and other quantifiable steps that improve quality of life for the children.

In addition to proving that relocating is best for the children, the parent who is relocating must also show that the move will not damage the children’s relationship with the other parent. Ways that this can be done include:

Generally, it is preferable for all parties involved that the matter be resolved through mediation or negotiation, instead of through the court. If an agreement can be reached without a hearing, both parties can present a modified custody arrangement to a judge.

For more info on divorce, custody, and other legal issues, contact McFarling Law Group today at 702-565-4335. 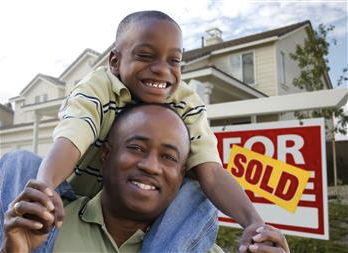